The Eight Beliefs about Money 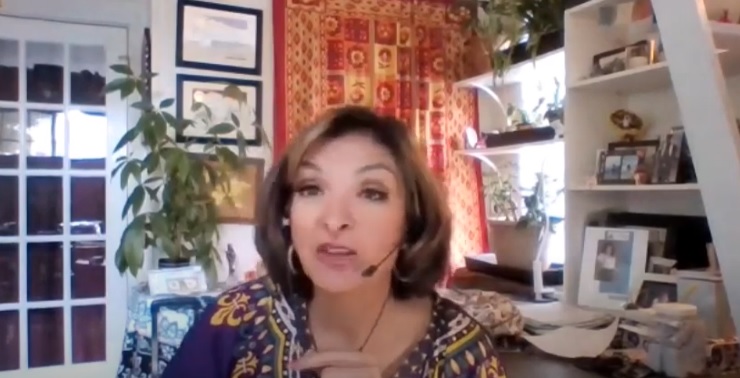 In this training we are going to review 2 things:
The  Eight Beliefs about Money and how you can turn them around to have new conversation about money

As you may know – there are endless books out there about Money and how your actions and your results get caught up by your belief system.  The conversation goes something like this:

“I’m going to be wealthy,” Says your conscious mind
“You? No, you are not, you big liar.””  says your subconscious “
At least that’ what my brain used to do.

Your beliefs operate on two levels: The conscious, intellectual level and the subconscious, preconditioned level.  It’s important to understand that any limit to you thinking exist only in a preset idea ingrained in you, not in  your potential or your ability to create a big vision .  I encourage you to establish a vision that frees you from that preset idea.  You created your current financial situation based on your beliefs .  As you change your financial situation this will reprogram your brain to a knew progressive set of beliefs.   Unlike  process that suggest you should think the way into thinking,  have the Be-Do sequence,  I believe that you should reprogram your brain the way it was program in the 1st place by letting it learn  from your behavior a DO-BE sequence .  It took you years to be conditioned the way you are and that conditioning did not come from lectures and thought exercises; it came from behavior and practices .  And behavior will turn your brain around.  With the correct mindset you will act the way you hope to be and let your brain catch up later.

Growing up, I always equated working hard with making money with no idea that my beliefs could not have been further from the truth.  As I educated myself on human behavior and financial strategies,  I learned that is actually the people who make their money work hard for them rather than the people who work hard for their money who end up with more of it .  Since creating my FIRE program I have learned that I was not alone and  there are many people who shared the same beliefs.

Much like our views about many things – people, relationships, food, and health to name of few  – our beliefs came from our parents, our teachers and other adults in our lives . And it goes back even further, beyond them, back to the circumstances through which they lived, or what they learned from their parents, what their parents learned from their parents and so on.  These beliefs are ingrained,  and because they are usually subconscious the cycles are continuous –  until someone breaks them .  You can break the cycle.  Beliefs about money are many but in my research I have discovered that there are a few that predominate.

Take some notes and let me know which you relate to

1.- Money is scarce. several of us have parents or grandparents who lived through the Great Depression,  an era that rooted an entire generation in the scarcity mindset .   These people pass on to the children the idea that money was in short supply and that when it did surface, spending had to be limited and saving was imperative .  Have any of the followings ever crossed your mind “a penny saved is a penny earned “, “don’t dip into savings” or “we can’t afford it”, “ Money doesn’t grow on trees”   If you do, then you have this mindset and rainy days are constant.  This mindset creates a fearful relationship with money.

2.- Money is evil, dirty or bad . several of us have parents or grandparents who believe that the road to bad places is lined with green.  They have only seen the drawbacks of the rat race, the downside of the money chase , and the courage and indulgence of those with too much money . Some even believe that wealthy people are bad people.  nobles and movies often highlight the idea that is the crooked ones who make the money. the meek shall inherit the earth.  Such mindset about money  creates a hands off relationship with money.

3.- Money comes monthly.  The most common way to make a living is to be employed, either with a company or as an entrepreneur, with a weekly wage or an annual salary .  Historically, this provide the safe, sure thing, required by heads of households.  Yet, that level of risk was usually balanced with an equal level of reward – low and low .  For most , even those who do very well , working for a company or as an entrepreneur is a constrained opportunity .  Except for the outrageous exception, the average CEO of the average company making six figures a year will still experience only a small increase in salary during his or her lifetime.  Slow and steady wins the race .  Such mindset about money creates a cautious relationship with money.

4.- Money is not for me. some people feel that they don’t deserve to be wealthy or that there is only so much millionaire pie to go around.  Creating wealth and financial freedom is available to everyone.  it is our right to be wealthy, and my hope is that people take their space I know they deserve.  By making money; you’re not taking it from someone else; this is not Bonnie and Clyde go to the bank .  By making money you create a greater capacity to contribute,  and it is your duty to do this.   Better them than me   Such   mindset create a defeated relationship to money.

5 .- Money is a man thing. there was a time that men made and manage their household money.  That time was not so long ago and some of you may have grown up with such role model.  So they’re gender tendencies; for example, men tend to carry more money in their pocket than women and are more likely to invest that women,  the reason behind these are not generic; they are realities falsely fabricated from years of conditioning .  women and men need to understand that money knows no gender.  One of my programs that really resonate with wealth builders is a “man is not a plan”.    The saying is: “let him bring home the bacon”.   Such  mindset about money creates an apathetic relationship to money .

6.- Money is good medicine . for some people , retail therapy goes a long way. there is no difficulty a new blouse can cure.  At the moment, we live in a culture of consumerism and many of us use money to fill the unsatisfying holes in our lives .  Some people grew up with a sense of entitlement about money assuming their parents or trust funds will always pay for everything and in the process they became careless about what they had .  This is a vicious and unproductive cycle .  the new car gets old, the closet fills up with clothes and the toys pile up in the garage.  this is not to say they aren’t wonderful things to buy and spend our money on,  after all;  money should be fun. But as with over eating too much;  spending on the wrong things can get any of us feeling sluggish and sad .  The saying is “shop till you drop”.   Such mindset about money creates a disrespectful relationship with the money .

7.- Money is always a menace . for too many of us, money was always a problem. Bills were a hassle, keeping up with the Johnsons was exhausting, entrepreneurs were considered nuts and one station in life was, well, stationary.  And getting rich would be worse. Money can be such a burden not to mention all that paperwork and responsibility.  This view of money creates a perspective that money is actually a problem, note a solution. It is hard enough just to survive let alone thrive. Such mindset about money creates a negative relationship to money.

8.- Money talk is taboo. many of us have been brought up to believe that conversation about money is in bad taste. Money and financial success , and failures , are considered personal subject that shouldn’t be discussed and certainly shouldn’t be taught .  Few of us ask our parents how much money they made, and even now , there are people who don’t know their spouses salary .  The result have unattended consequences and have created a world with very few people are having real conversations about money and finances , the very conversations they need to learn and succeed .  Such mindset about money creates an ignorant relationship to money .

In each of these beliefs, it’s clear that unless your parents made a conscious choice to think and act differently, they conditioned you  to have  same mindset as them .  If you make a decision to break this cycle , you will have the opportunity to teach your children to have more productive beliefs about , and a more profitable relationship to money .  As you come to understand the beliefs you hold ,  you will work to change them .

So now let’s reset these beliefs  to a New conversation about money,  ready….

The choice is yours  and it looks like you’re well in your way.  You have already taken a huge step by deciding to actually take the first step. By making the decision to start right now you have created the opportunity to raise your financial consciousness and change your life.

By the way for those of you who want to get clear on what they really want  I will highly encourage you to book a Discovery call to talk with me  –   you can go to my website to  www.lorenaarnold.com –  request a Discovery breakthrough session    to book you call with me  and talk to me about specifically how to become money wise with your money mindset, spiritual, emotional and practical strategies and I will be happy to talk with you about you and your business and see if this is a fit where you want to go with your life, or your professional career  either you have a job or your own business …..

Thank you so much that is what I have for you today – it is always my pleasure  to share with you always something of value  and to be of service to you..  So your success is my primary motivation to come to this video  and be with you

I hope you have a beautiful rest of the day and I will see you soon –  thank you so much..

The Journey to Financial Independence Newsletter

Get weekly advice and Tips and stay connected.

Once a week I send a short video, sometimes funny, sometimes serious.

It is all about the journey to Financial Independence sharing tips and tricks on how to help you be wealthy, healthy and wise.

Get the Nine Magical Principals Now!

Register for Our FREE
Women on FIRE Financial Fitness Challenge